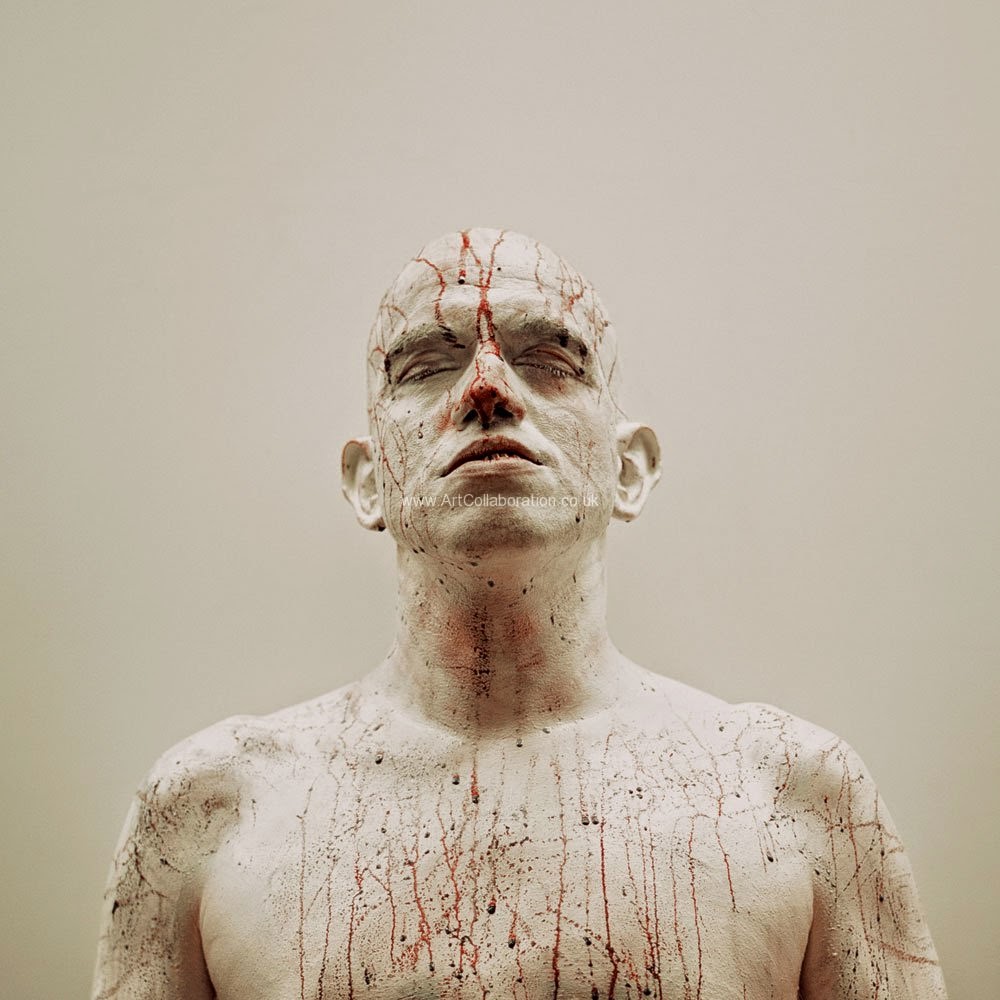 On Friday the 6th of February I went to the new Franko B exhibition "Woof woof I'm back!" at the Mayor's Parlour Gallery in Bow House. 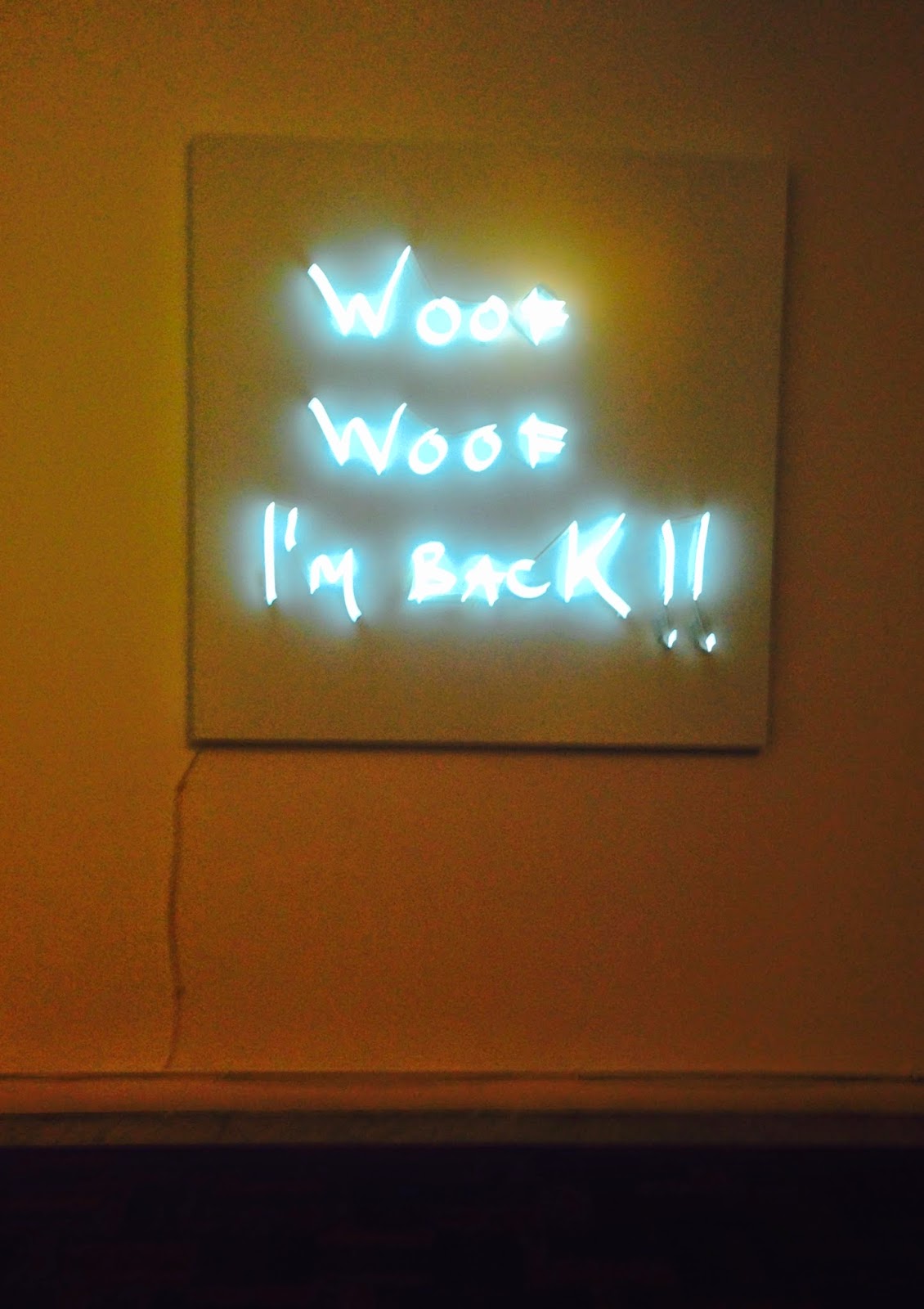 "Woof Woof I'm back" is the first exhibition of Franko's work in the last four years. Franko is an italian born artist who has lived and worked in London since 1979. His work - mainly performance in nature  - is internationally acclaimed and features in the Tate and V&A's permanent Collections.

I met Franko B a good few years ago through a mutual friend and I was immediately taken by the way his body and his personality didn't seem to coincide. His soft voice was not strong enough for his mouth, jam-packed with golden teeth and his body, completely covered in tattoos and scars, could not have been greater in contrast with his lovely and gentle nature.

I fell in love with him instantly. Well, I always really admired his work but now it was personal.

Franko is mainly known for his performances. Extreme and sometimes dangerous actions in which the body is the main focus and becomes a space to speak and confront not only his own fears but also ours;  our limitations - wheelchair, cage, catheter etc. "The social body written in the physical one*".

In "Woof woof I'm back" the white canvas takes central stage and the body is transferred on to it. Using wool stitched on paper he narrates scenes of his everyday objects, everyday sex, everyday feelings, everyday battles.

Soft wool, pastel colours, strong images. Forget all you know about embroidery! Franko's sewing is not there to prettify the walls but to raise a political discussion in both the real world and the art world. Controversial and argumentative he doesn't lack the confidence to raise his head above all others. He uses sarcasm to address his contemporaries and implores you to go fuck something in your life, don't we all need that? 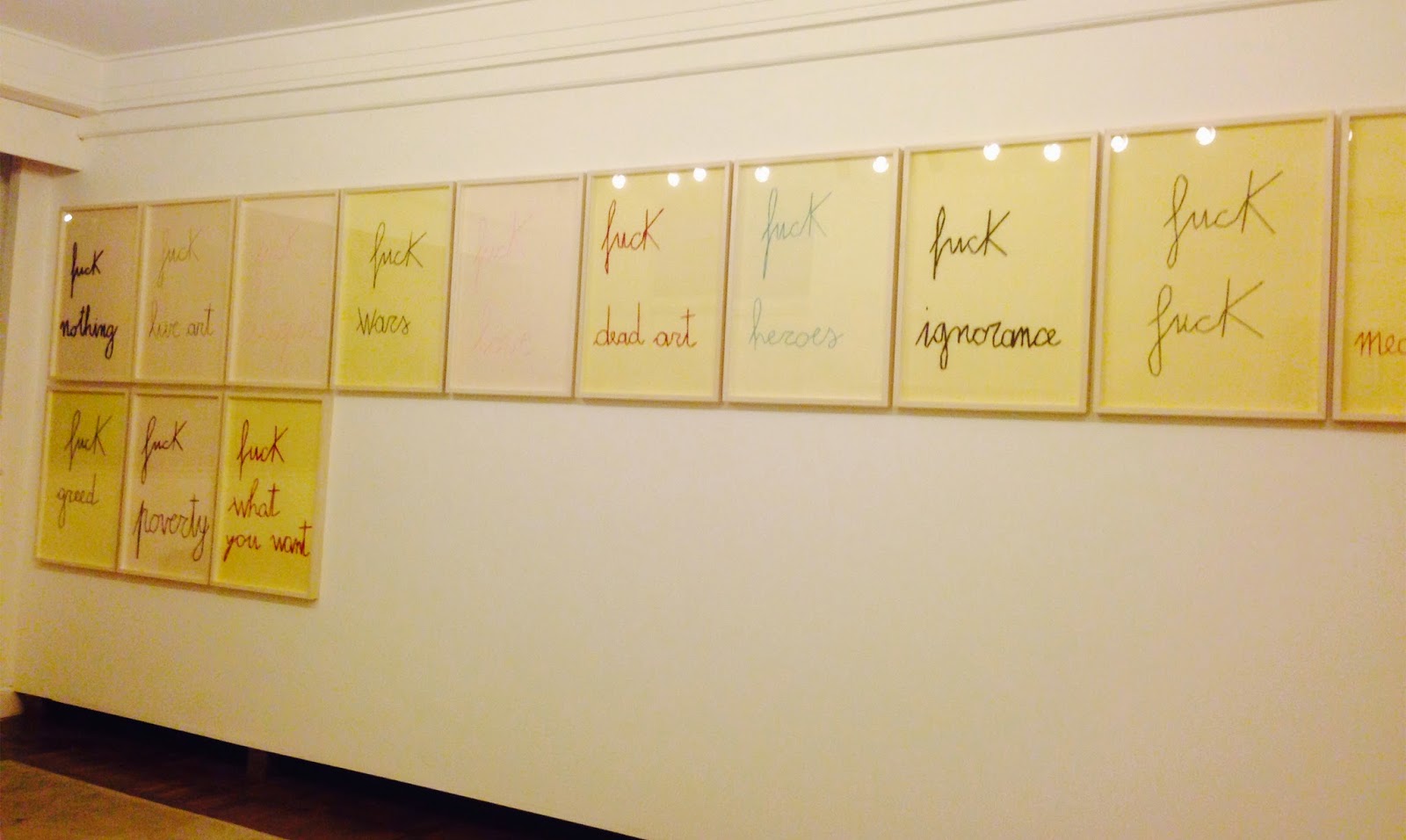 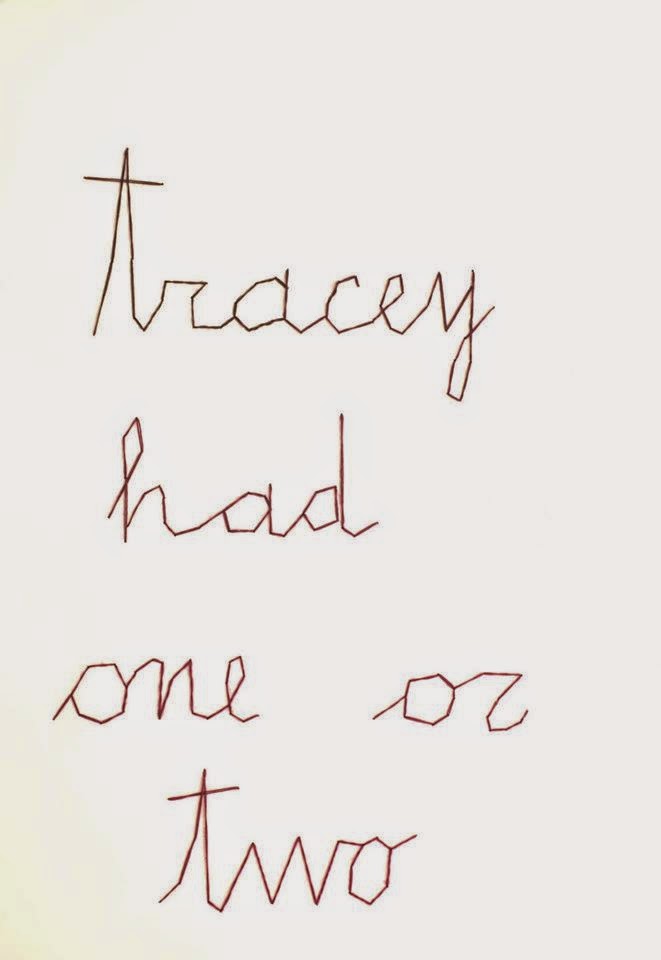 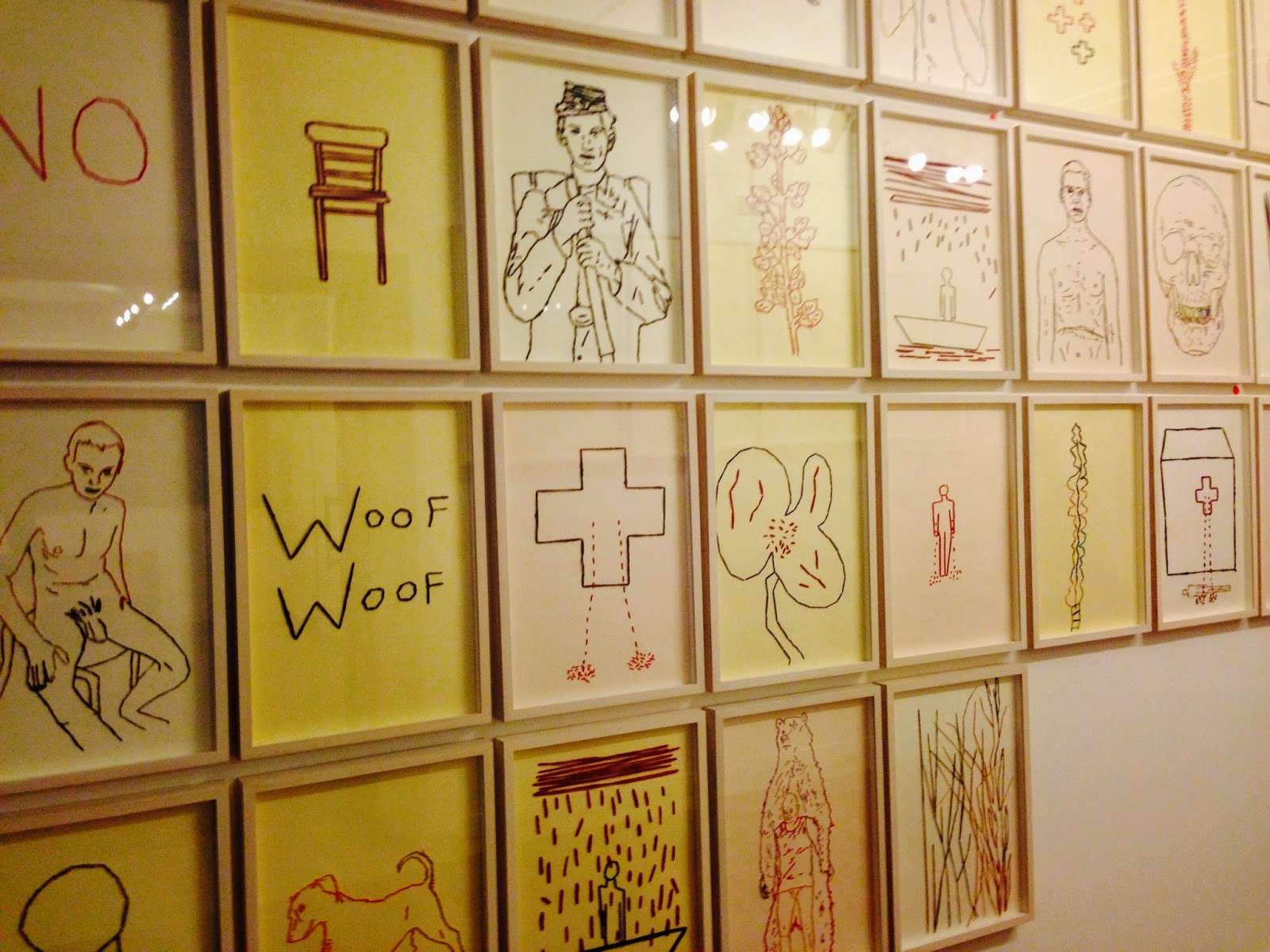 Woof Woof I’m Back!! is on show at the Mayor’s Parlour Gallery, 1st Floor, Bow House until 27th February 2015