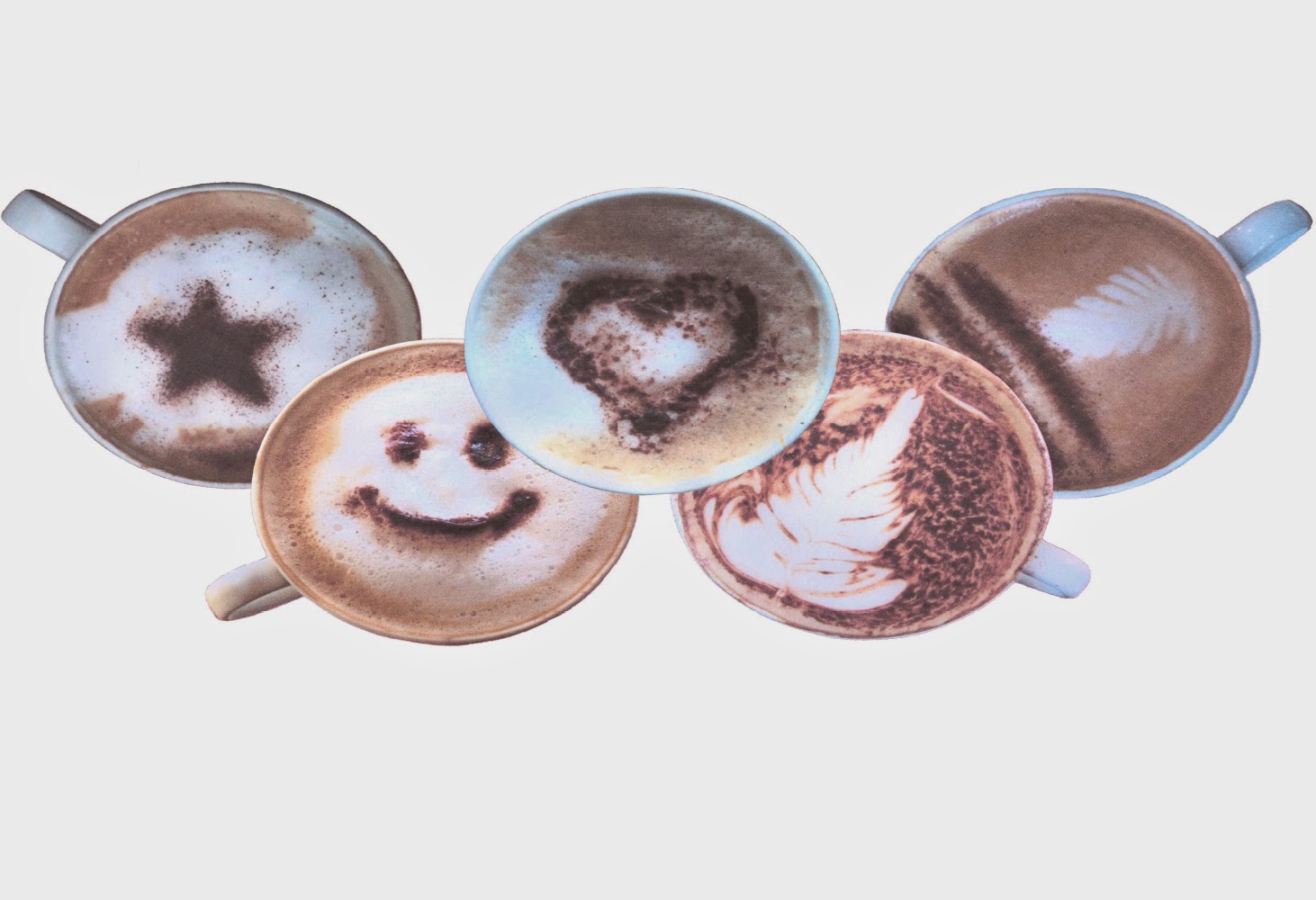 So I unlocked my creative box in 2004 - to mark the launch of son number 2 into primary school. My job was done in getting him through his infancy, and son number 1 was well entrenched in the education system. This left me with a little time on my hands to start getting messy and to start thinking arty. Up until this point life had been full of the joys of supporting others to make work (in my "proper" job) and being a domestic goddess at home. Both of which had their creative moments but neither were able to hit my own creative spot.

The key was to return to college and throw myself in to the pot. After an emotional start (my father died 2 weeks before the course started) I soon got into the swing of things, and those 3 hours a week became my sanctuary.  I was encouraged to let go of convention, to lose control, to think poetically and to experiment with any materials I could lay my hands on - rice, lace, wire wool, sand, icing sugar, bacon....anything!  Little by little I learnt to let go and let loose. 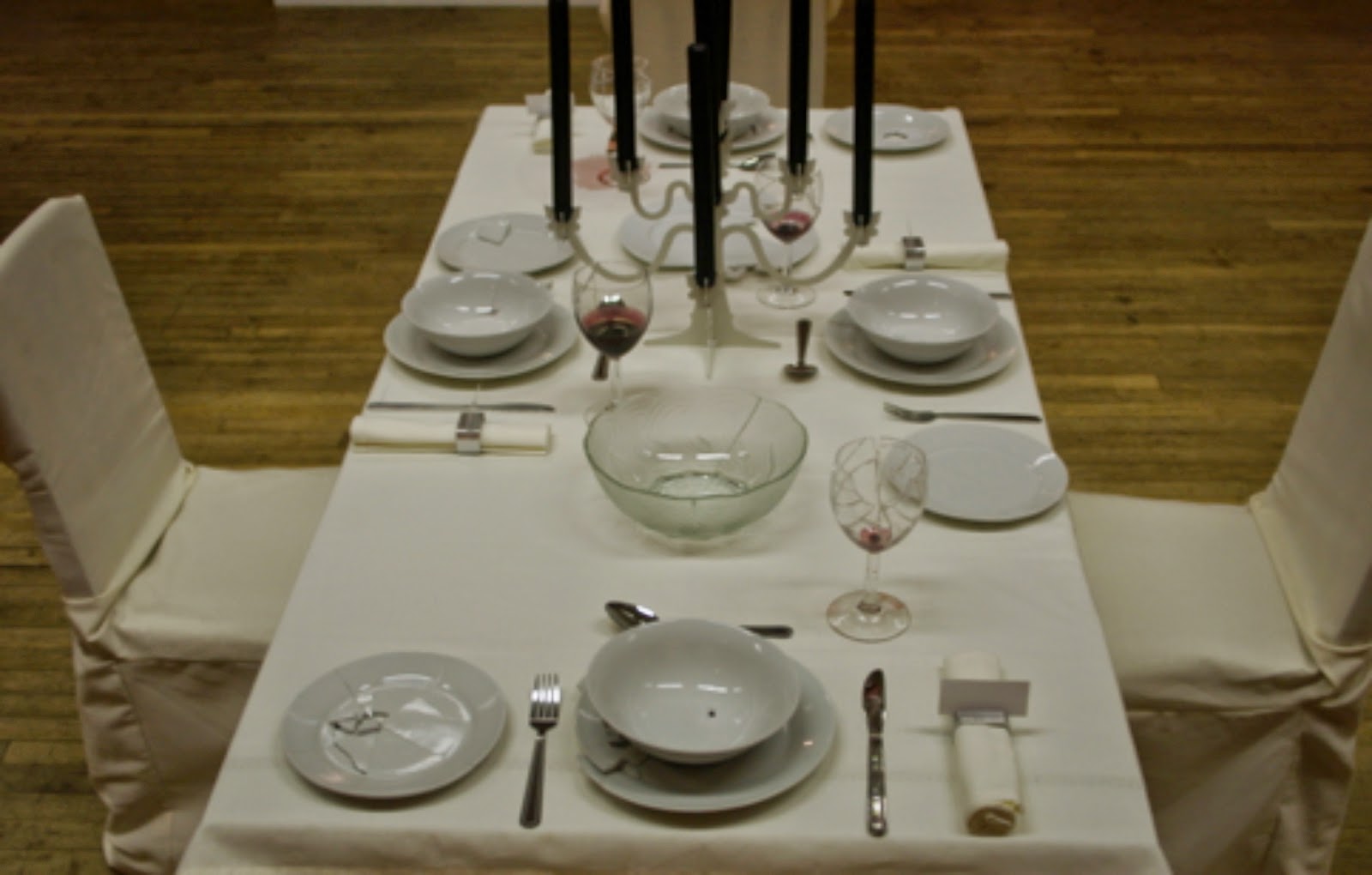 I was Artist-In-Training from 2004-2007, emerging fully in 2008 with my first exhibition.  One that I co-curated with my friend and fellow artist Wendy Haslam, under the name of Domestic Blitz. It was a group show of 7 women artists and a great success.  It was the first time I showed the installation “Broken” – a dining table full of broken crockery and glassware, painstakingly stuck back together again.

Following this outpouring, domestic life took over again, and I lay dormant for several years.  Fortunately finally escaping to the far west (Dorset!) and spending a week with Forkbeard Fantasy making animations and experimenting with all things puppety!  After a furious feast of creativity I came home with 2 animation films and ideas for the next step. 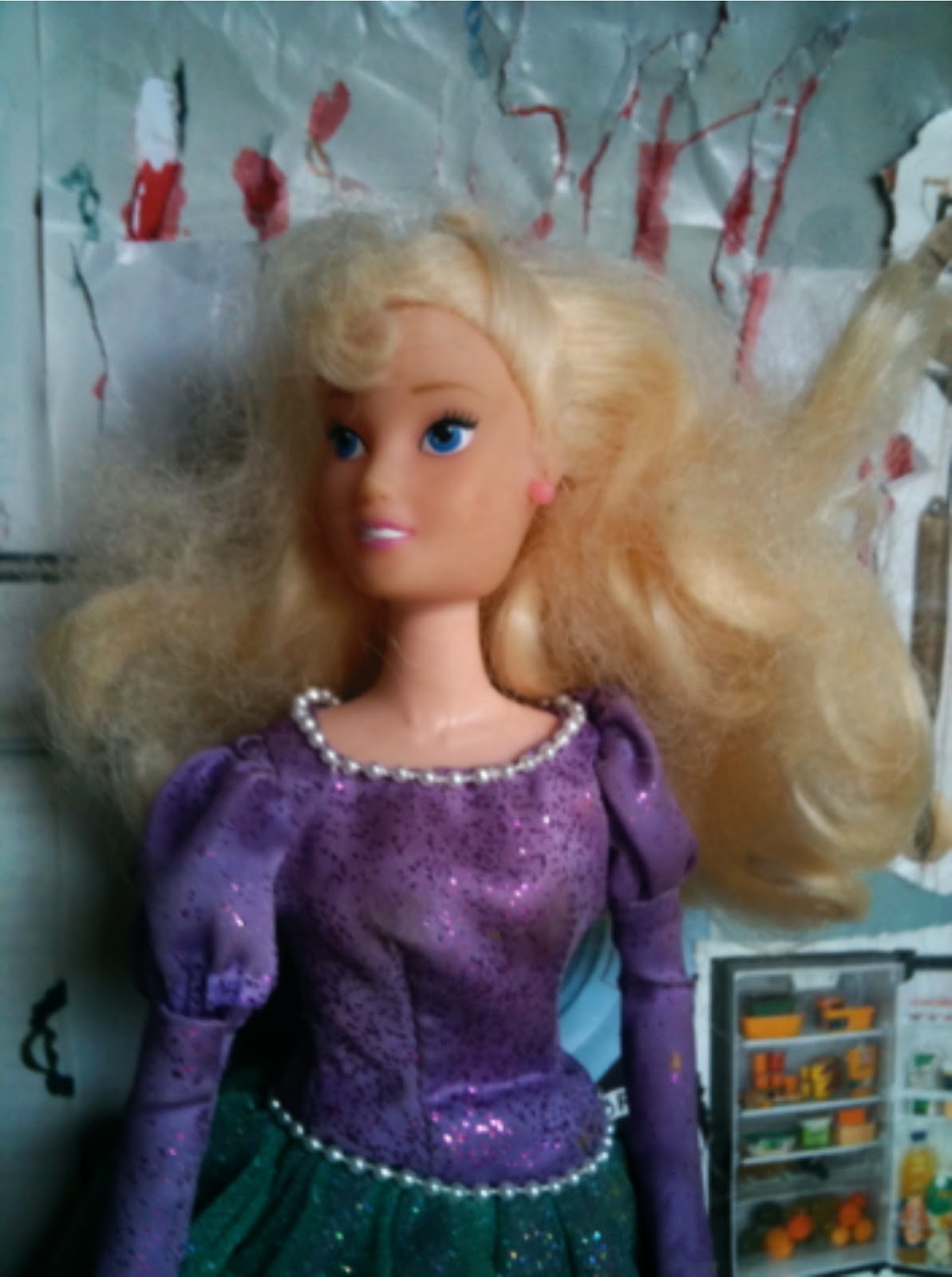 Roll on 2012 – year of the London Olympics and 3 exhibitions on my part.  What a triumph!  Thanks to Desperate Artwives (and Amy Dignam) I got to show “Broken” again, as well as a new installation “Falling Apart and Keeping it Together at the Same Time”.  This is an animation film viewed through the kitchen window of a doll’s house.  It shows the monotony of daily life as a housewife and the gradual unravelling of our heroine (pictured here uttering the famous lines. “I’m fine….no, really, I’m fine”, as her world collapses around her).

Following the high of 2012, I found myself in the creative desert again as real life consumed me once more.  I had a head full of ideas and no time to carry them out.  I briefly shared a studio space but found I just couldn’t get there, due to home, child and work commitments.  My creativity consisted of making the table look nice (a peculiar obsession of mine) and taking photos of cappuccino froth!  As Louise Bourgeois said,  "It is not so much where my motivation comes from but rather how it manages to survive".  The funny thing is that you think you’re not motivated and you think you’re not being creative and yet you are, all the time.  From the way you put the food on the plate, to the colour of flowers you buy, or how you arrange the cushions on the sofa.  Many of us make art far more than we are given credit for. 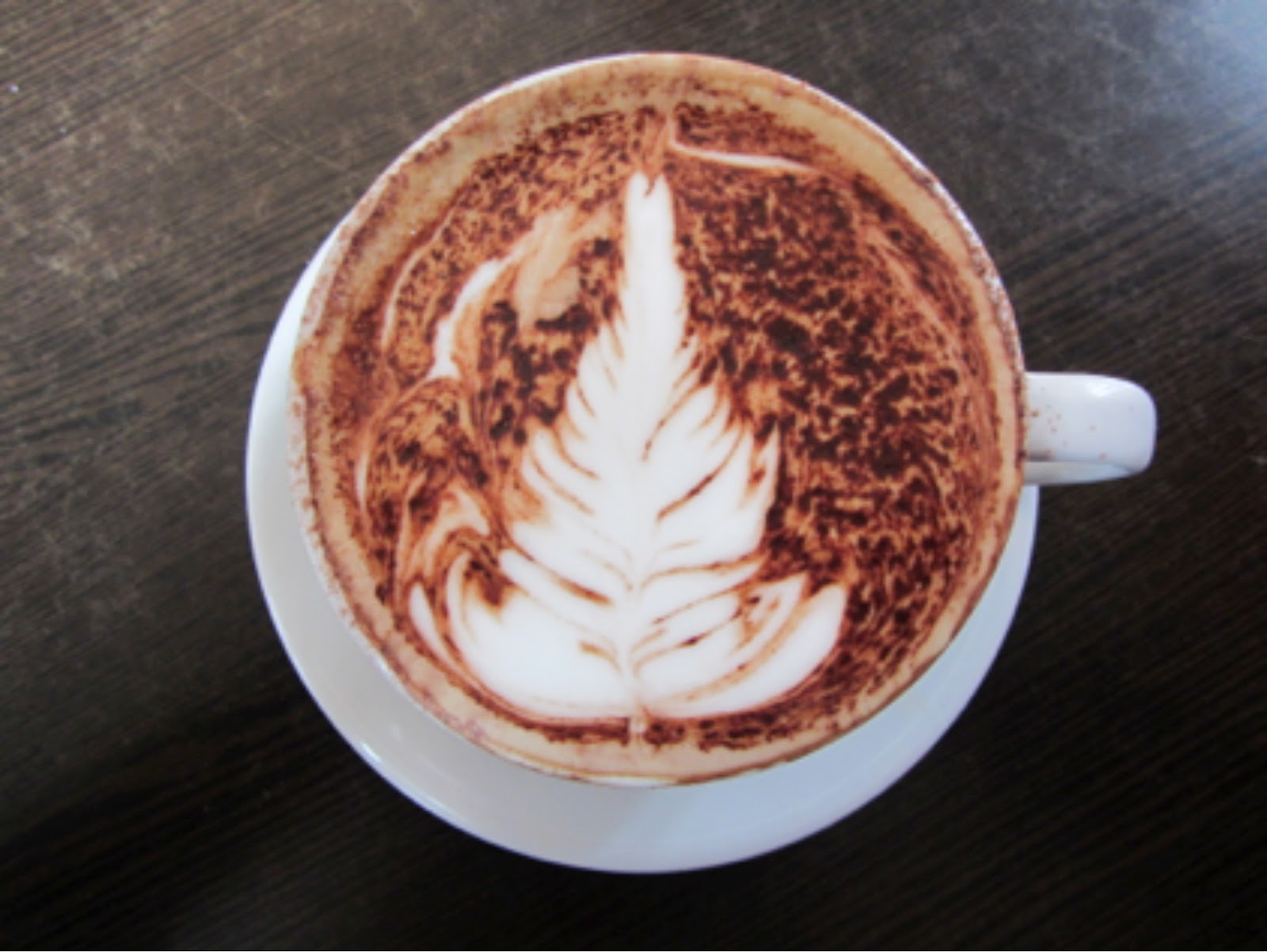 However, I still feel frustrated that I am not making art in an “arty” way.  I’m so cross with myself that it actually prevents me from seeing what I AM doing.  Barbara Hepworth made a point of working creatively for 30 minutes a day when she was raising children.   Even one moment a day that we think creatively or be creative in some way, is something.  I have to say I love the creativity people display in making a simple cup of coffee look good.  It’s an art in it’s own right.  I even make a point of photographing these creative toppings. I now have quite a collection of beautiful images that, one might say, constitute a gallery exhibition in their own right! 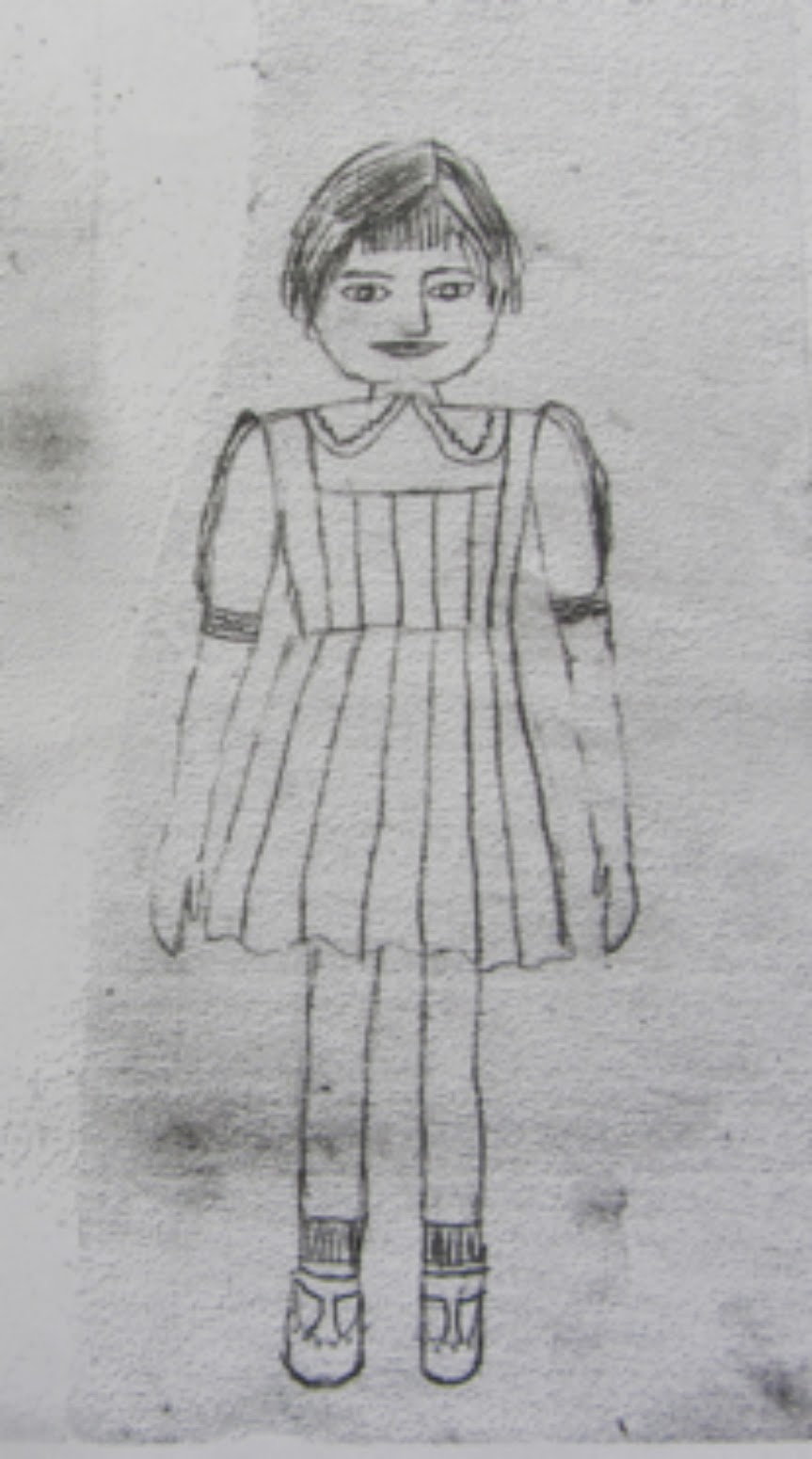 So that’s where my story was going to end for now, with 5 gold rings (of coffee!) and the thought of another exhibition to coincide with the next Olympics in Rio de Janeiro, 2016.  However the update is that I was invited by Amy to participate in a recent Desperate Artwives exhibition, organised by Art Café London.  I premiered a film installation at the Crypt Gallery, St Pancras Church, entitled “Her Story”.  It is a journey of self-discovery told in animated picture-book style (still image from the film pictured here). This exhibition has inspired me to get on with a couple of new creative projects – a performance art piece around the role of women in the home, as well as a special project around women as saints.