This past half term we went to Kent and stayed in a caravan for a few days. It was quite badly timed as all the south-east was expecting to be swept away by a hurricane. Luckily the caravan which belongs to Mike's sister, sat just outside her house, between cauliflowers fields and Maston airport. So, during the weather's worst moments, we were able to run indoors and camp on my sister-in-law's living room floor. Exciting times.


Apart from dodging hurricanes and eating loads, we managed to visit
Broadstairs, Sandwich and along some of the coast. We also went to Turner Contemporary in Margate. 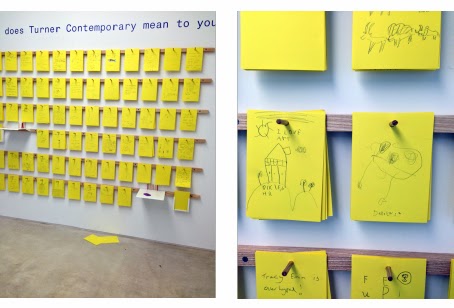 Turner Contempoary is a beautiful modern building overlooking the sea. Even when inside, you still get the feeling of being outside. The high ceilings, the big windows and the immense natural light are so cleverly combined. In such a cold and windy day it's comforting to just sit on one of the benches alongside the white walls and watch the sea rant and rage. 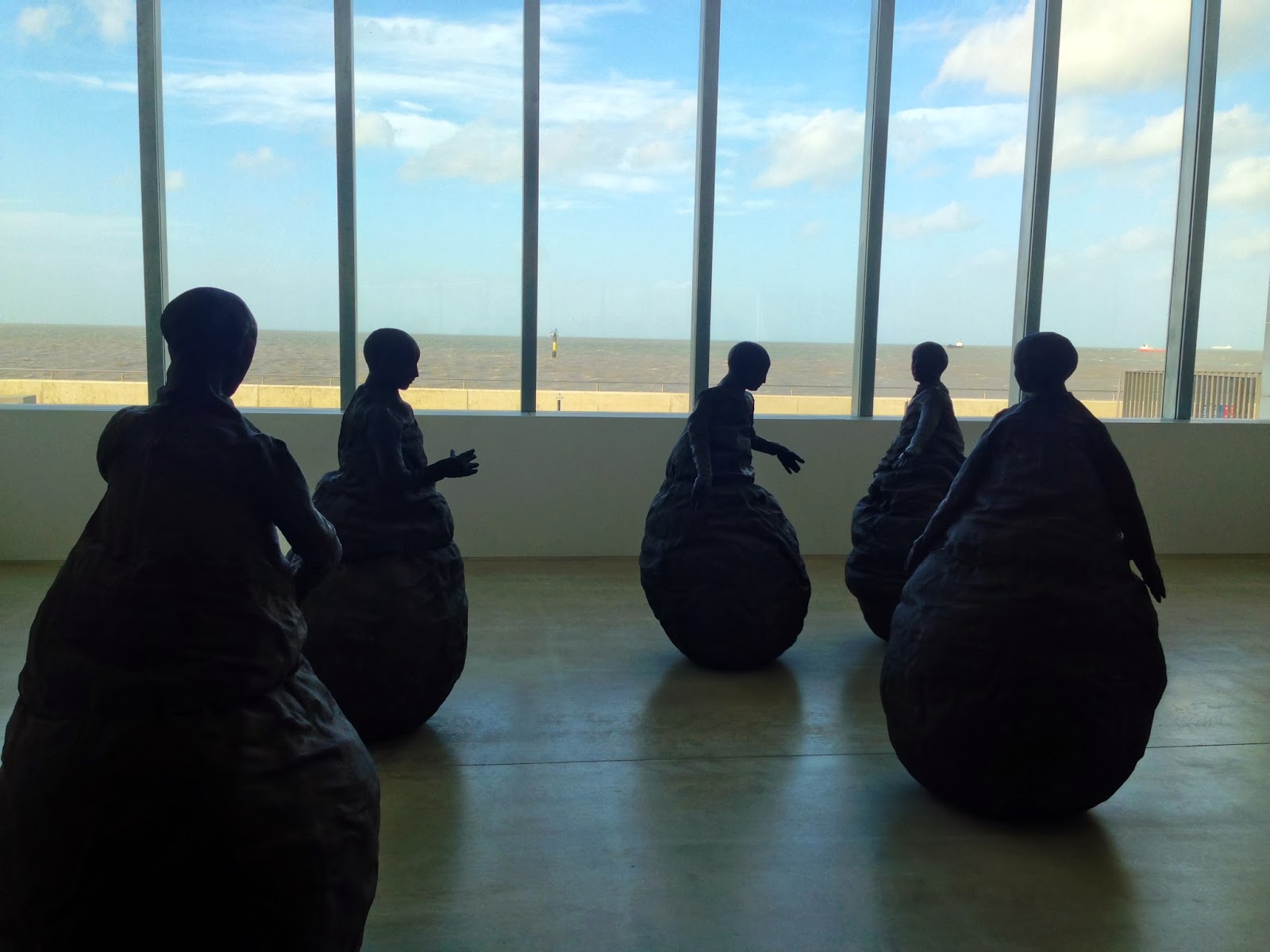 Upstairs in the exhibition hall one can float around the best of british romantic painters but also admire contemporary pieces from the temporary exhibition which, in this case, showcases works by the Irish artist Dorothy Cross.

I knew Dorothy Cross from her previous works amongst which, her famous 'Virgin Shroud' installation. However, I am so pleased to have had "bumped" into one of her shows as I totally rediscovered her genius. Cross's exhibition at the Turner Contemporary somehow transcends the limits of being human - mixing the body and the environment every which way and creating connections between impossible items. I'm referring in particular to her 'Shark Heart Submarine' installation, where she took a real shark heart (found on Connemara beach and locked it inside a shiny silver submarine model). 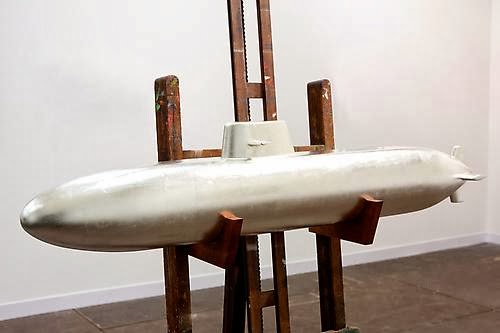 “I am very interested in what is repulsive and what is beautiful, because in our own bodies we are so confused about that, in terms of sexuality and our own mortality. The shark epitomises that, too, in terms of fear and desire and misunderstanding.”


Once back in London I took the kids down Hanover Square where artists Damien Hirst and Felix Gonzales-Torres are paired up for an exhibition called 'Candy'.

Hirst's paintings were made as a direct response to an art critic who had discredited his previous Spot Paintings as 'just visual candy'. Painted in bright colours, at first these images don't fail to deliver happiness. However, it's a chemical happiness. Once you read the description you learn that these colourful spots actually resemble medicinal pills. Suddenly they start to assume a different look. The images become distorted, muddled and run through with tension. 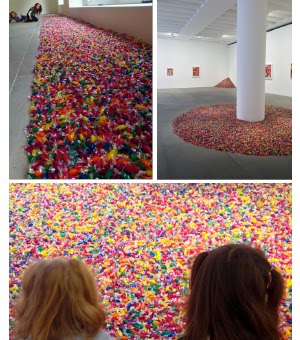 Feliz Gonzalez-Torres died in 1996 at 39 years old. He often produced installations where the viewer could take a piece of the work with them contributing to its disappearance. In this instance, diminishing the work by eating the sweets.

The kids were delighted when the janitor told them they could actually eat a few. What a strange concept 'edible art' must be for a child... Dixie had to make sure this was actually true by asking me a few more times if 'she could really pick and eat'. Maybe not for the same reasons, but I am also equally impressed with art that you can touch, eat, move... I guess it's because I see it like "if you eat art you're bound to become it". I'm intrigued by the shifting of the attention from something sitting still in a gallery that then moves, changes shape and form but in the end remains connected to its original purpose.

During the weekend we wound down before going back to school. Dixie vanished upstairs and told me not to go in her room until I was called. A few minutes later an ululate came from her bedroom resembling my name. I went upstairs where I was presented with two quickly sketched chalk drawings and two handwritten reviews of Turner Contemporary and the Candy exhibition. What more could a mother ask for eh??

Here are the drawings: